Demotion, emotion, locomotion:
The importance of rapport and language.

MP’s have quite a tough job. No, don’t worry, I’m not about to start waxing lyrical about what they do for us and how hard it is installing a duck house on a moat, but MP’s do face a unique challenge in their role at the top of government.

The outpouring of admiration that William Hague’s departure prompted attests to the fact that it is possible. As I read about Hague’s political career I could see that he is adept in many of the techniques I share for establishing group rapport. He connected with the group leaders and opinion makers (noticeable that many members of the press came forward in praise of Hague,) he established points of commonality before introducing something different ( what I would call pacing and leading), he listened (and I mean really listened) to public opinion and reflected that back in his subsequent language. By taking the techniques used in building group rapport and overlaying them on a national scale, he succeeded in buildingsignificant rapport. 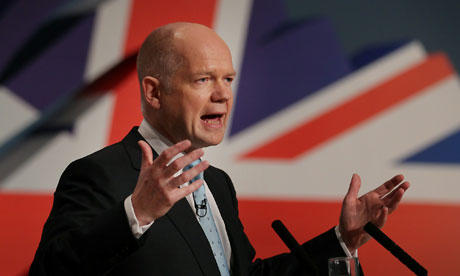 Michael Gove, on the other hand, so spectacularly displayed a surprising inability to establish rapport with the nation that David Cameron removed him from the role of minister for education. Perhaps the fear of losing the teachers’ vote clearly proved too great. Gove was ineffectual in his attempt to understand his ‘audience’ during his tenure, ploughing ahead unaware or uncaring of the feedback he was receiving from the public.

Of course this is a mind-read, and when we understand that the meaning of the communication is in the response that you get, what did Gove have to say about his public slide down the ranks? “Demotion, emotion, locomotion; whatever this move is, it’s a privilege to serve.” Telling language indeed.  I suspect this will not be the last we see of this careerist politician. His words tell us all we need to know; in the face of adversity Gove will reshuffle the cards he is dealt and simply keep moving forward, with that locomotion, in his attempt to reach where he wants to go.

Demotion, emotion, locomotion:The importance of rapport and language. MP’s have quite a tough job. No, don’t worry, I’m not about to start waxing lyrical about what they do for us and how hard it is installing a duck house on …

Bringing Optimism to the Workplace

If you think that looking for the problems and challenging everything presents you in a smarter, more discriminating light, you might want to re-think that. Unless, of course, with every problem you find, you already have a solution.

I believe it’s all in the mind

So having watched the channel 4 program about people who remember everything, what do we think about how and why they do it? When they were asked this question they made the very common response, ‘I don’t know, I just do’.